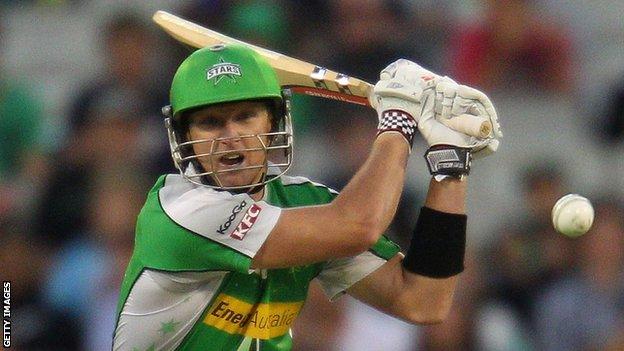 The former Somerset captain also has four Test caps to his name.

"He has the ability to find the boundaries, as seen by the fact he has scored t20 centuries," said Northants head coach David Capel.

White boasts two domestic Twenty20 hundreds, as well as three half-century knocks on the international scene, and has built a reputation as a big hitter in the shorter form of the game.

A part-time leg spinner, the right-hander has taken 12 ODI wickets.

"This is an important signing for Northants Cricket's t20 campaign, where Cameron will be able to add huge amounts of firepower to our middle order batting," added Capel.

"Cameron comes to the County Ground with a proven track record, both internationally and domestically in the shorter forms of the game."

White, along with Sri Lanka's Chaminda Vaas, will be one of Northants' two overseas players for this season's Twenty20 campaign.

The students were then dismissed for 172 with Lee Daggett (3-15) the pick of the county bowlers.