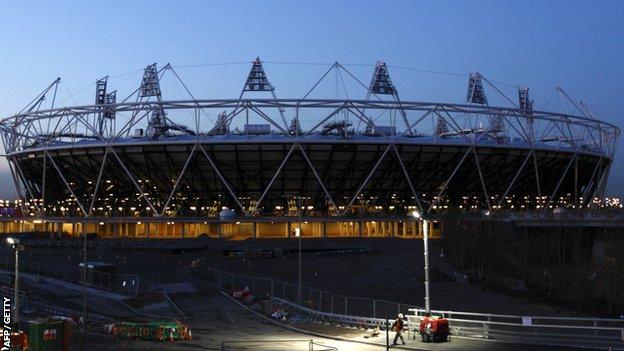 Essex County Cricket Club, together with the University of East London, have applied for the right to become tenants of the Olympic Stadium after London 2012, BBC Essex has learned.

The club have confirmed they have made an approach to "utilise space in the Olympic Stadium".

The pair are the fourth party to launch a bid.

West Ham United confirmed they were one of the candidates last Friday, which was the deadline day for applications.

Essex said in a statement: "We can confirm that the University of East London and Essex County Cricket Club have jointly put in a bid to the Olympic Park Legacy Company (OPLC) to utilise space in the Olympic Stadium.

"We cannot provide any further detail at this stage, as we are bound by a legal confidentiality agreement.

"We [...] see this as a fantastic opportunity [and] are committed to supporting the achievement of the best possible outcomes from the legacy operation of the Olympic Stadium."

West Ham were initially awarded the stadium in a partnership with Newham Council in October last year, but the deal fell through following complaints from rival clubs Tottenham Hotspur and Leyton Orient.

The OPLC subsequently decided the venue would remain in public ownership, retaining the athletics facilities, and opened a fresh bidding process to find a tenant, which ended last week.

It is not known at this stage whether the proposal from Essex and UEL, who are based in Stratford, combines a cricket pitch with the athletics track.

The Melbourne Cricket Ground was temporarily adapted to accommodate track and field sports for the 2006 Commonwealth Games.

County Championship Division Two side Essex currently play in Chelmsford, their home for 87 years, and announced profits of over £300,000 for 2011.

However, that figure included "exceptional income" from the England and Wales Cricket Board to cover the cost of previous ground improvements.