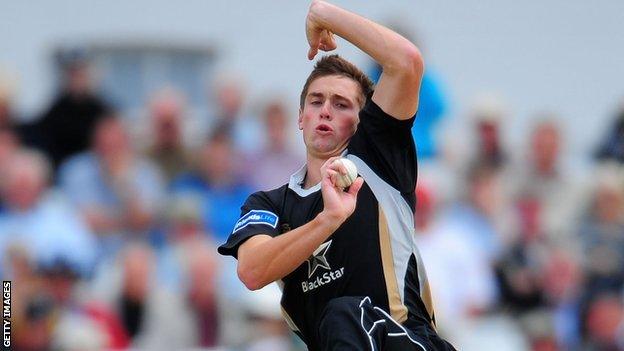 Warwickshire all-rounder Chris Woakes will be out of action for up to two months after damaging ankle ligaments.

Woakes, 23, sustained the injury diving to stop a ball during the Barbados Twenty20 Cup final against Yorkshire at the Kensington Oval in the Caribbean.

The injury is expected to keep Woakes out for between six to eight weeks and he is likely to miss four County Championship games and one CB40 clash.

Woakes has also represented England in one-day and Twenty20 internationals.

He averaged 47 with the bat and took 56 wickets in the 2011 County Championship as Warwickshire finished runners-up in Division One.

He was named in the Team of the Year at the Professional Cricketers' Association awards and was second in the Young Cricketer of the Year category.