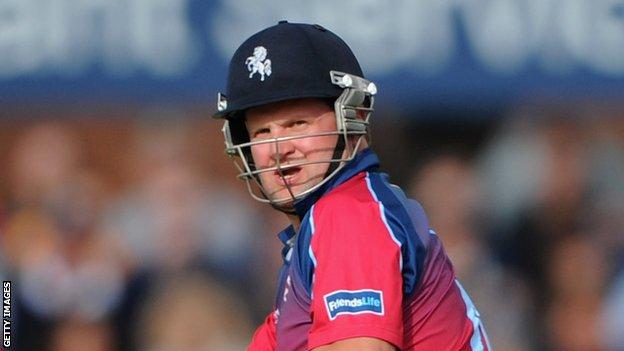 Kent captain Rob Key says the side have been given a new lease of life over the winter break.

New director of cricket Jimmy Adams has brought in six new players and the target is promotion to Division One of the County Championship.

Key told BBC Radio Kent: "It really does feel like the start of something. Over the last couple of years we've been playing youngsters.

"This year we've got selection dilemmas, which are good to have."

He added: "The luxury that we have this year is we have options, which makes you sleep better at night."

Key has been impressed by Kent's new additions, which include West Indies batsman Brendan Nash and pace bowlers Charlie Shreck and Mark Davies.

"Every single one of them has got something to prove," Key continued.

"People like Charlie Shreck, Mark Davies and Michael Powell are high performers. At no stage do any of them see it as a little bit of a swan-song.

"They are serious players and we are very, very lucky to have signed the calibre of player we have.

"They have added so much already."

Kent begin their campaign away to Yorkshire on Thursday 5 April.