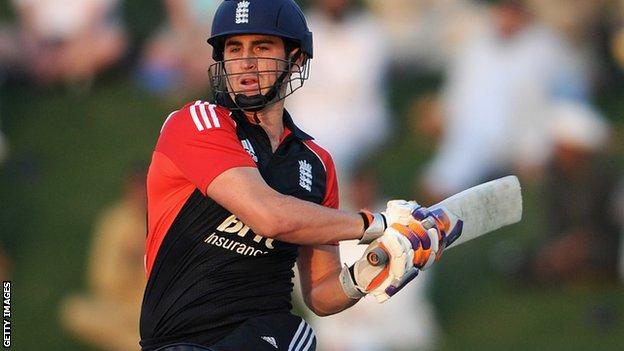 Craig Kieswetter is hoping a strong start to Somerset's County Championship season could help him force his way into the England Test set-up.

Somerset begin their season against Middlesex on Thursday and while the 24-year-old made his England one-day debut in 2010, he is yet to win a Test cap.

We're full of talent and confidence... on paper it looks like a really good side but what matters are the performances

"I want to be playing Test match cricket," he told BBC Points West.

"And the first couple of months are an ideal opportunity to string some performances together to get noticed."

The South Africa-born player, who chose not to take part in the Indian Premier League in order to focus on the entire county campaign, also said the side will benefit from a month of county matches before the CB40 begins in May.

"One month of Championship cricket and no one-day [games] to focus on is certainly good for us," he continued.

"It means we can put emphasis on that first month and put in some good performances."

But the middle-order batsman, who averages 38.41 in first-class games, said critics should reflect on the side's longer-term progress.

"We see [reaching the CB40 and FL t20 finals] as a positive. A lot of mickey gets taken out of us but the fact is we're putting ourselves in a position to win trophies which is a really good thing.

"People are quite cynical and negative about getting that close but not doing it, but the fact is we are getting close. Five years ago to now is a massive difference.

"It's a great squad, and quite young. We're full of talent and confidence, obviously we're led really well by Tres [Marcus Trescothick] and a lot of the senior guys are pushing the younger guys in the right direction.

"On paper it looks like a really good side but what matters are the performances."