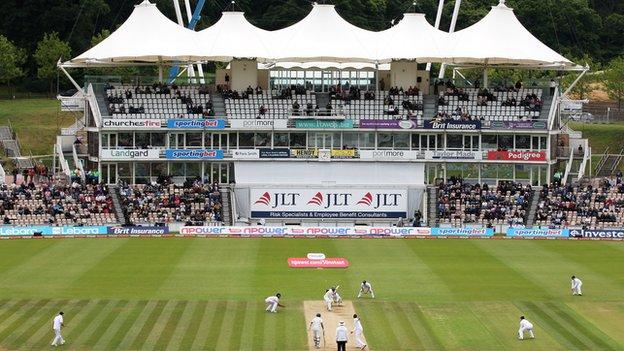 Hampshire chairman Rod Bransgrove says the county are planning to return to the Isle of Wight to play matches there for the first time since 1962.

The County have not played on the island for 50 years but Bransgrove says since the construction of a new ground it could now be an option.

Hampshire currently have England one-day spinner Danny Briggs in their squad and it would be a popular move by them.

"We are quite keen to take the game out," Bransgrove told BBC Radio Solent.

Hants currently play all their games at the Ageas Bowl on the outskirts of Southampton but have also played one match in Basingstoke for the past two years.

The county will not return to Basingstoke this year, but Bransgrove says the Isle of Wight is now a viable alternative option.

"It is a quite a difficult equation and it cost us quite a lot of money to take it up to Basingstoke," said Bransgrove.

"We haven't really been able to find a formula that works. In the longer term we are looking at the new ground in the Isle of Wight, New Close, which is a very attractive ground and will have great potential in a couple of years or so."