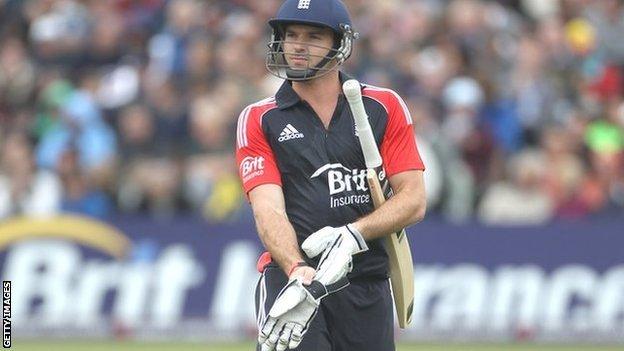 Mick Newell's shopping list would have been fairly easy for him to write for this season. The loss of both Ali Brown and Mark Wagh meant there was a need to bring some experience into the top order and that was quickly solved by the acquisition of Michael Lumb.

The left-hander, now hopefully clear of the ankle problems that have disrupted his cricket in recent times, should be a nailed-on certainty to reach a thousand runs.

Identifying the probable loss of Alex Hales and Samit Patel for periods due to a combination of Lions and full England commitments, the coach has snapped up another exciting youngster, James Taylor, who has already written himself into the Trent Bridge record books by scoring a century on his debut for the county.

After the success of left-armers Greg Smith and Ryan Sidebottom over the last decade, Newell was desperate to have that variation back in his side again. Harry Gurney, used mainly in white-ball cricket with Leicestershire, is sharp and desperate to prove himself in all three formats.

It's been a good winter for Newell and I tip all three to make their mark.

They could be title-contenders - or they could be fighting for survival. This promises to be the tightest and most competitive Division One campaign of all time. The usual contenders will be around and the two promoted sides, Surrey and Middlesex, will also fancy their chances of making a big impression.

I believe Notts can turn around their poor form at the top of the order this year and expect major contributions from Neil Edwards and Riki Wessels, as well as the internationals, Hales, Lumb, Patel, Taylor and Chris Read.

Graeme White improves with every performance and deserves his place as a wicket-taking spin bowler and there is plenty of healthy competition from the seam bowlers.

With Adam Voges and Darren Pattinson likely to bolster the squad in May, there is no reason why Notts can't be scrapping it out with, probably Durham and Somerset.

Read keeps saying that it is one of his ambitions to lead the side out in a Lord's final. In order to do that Notts will have to come through a tough CB40 group which includes both of last year's finalists, Surrey and Somerset, plus other tough one-day opposition in Durham and Hampshire.

The policy in recent times has been to use that competition to blood one or two youngsters, so it may not happen again for Read this year.

The Twenty20 is a different issue. Notts should qualify from their group again and it's about time they avoided messrs Kieron Pollard and Jos Buttler in the knock-out phase. It's the 10th year of the competition and time for Notts to get their name on the trophy for the first time!

BBC Radio Nottingham will have commentary on every Nottinghamshire County Championship and Twenty20 match this season.

The season opener against Worcestershire gets under way on Thursday at 1100 BST and can be heard via this link.