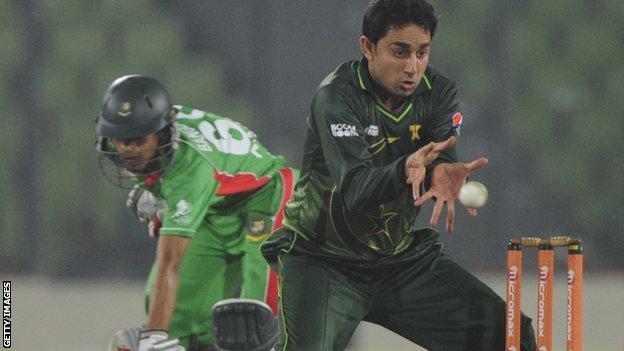 Ajmal has re-signed with the Royals, but his country look set to tour Sri Lanka during the summer.

"We hear that talk all the time, and now we are getting that sort of confirmation from agents," director of cricket Steve Rhodes told BBC Sport.

Rhodes also confirmed that all-rounder Gareth Andrew should be available by May after a knee operation.

"It is a bit of a blow for us. Gareth is such an important player for us in the make-up of our team because he is the all-rounder. He bats seven and is first and second change bowler," Rhodes added.

"We still don't know for definite but May is a potential target, but we might get him back earlier than that if he continues to progress the way he is.

"The medical people can't believe someone has recovered from such a serious operation so quickly but that is testament to Gareth. He has worked so hard on his rehab."