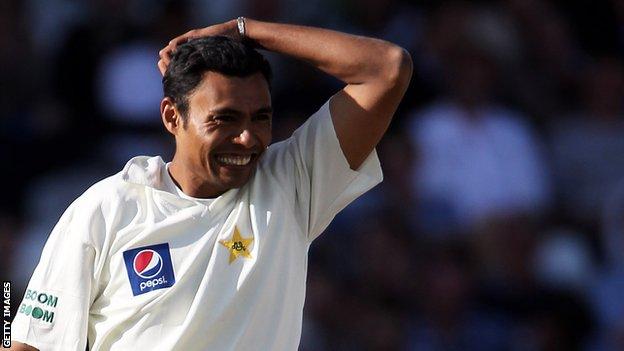 Former Essex bowlers Mervyn Westfield and Danish Kaneria will face an England and Wales Cricket Board disciplinary panel for "alleged breaches of the ECB's anti-corruption directives".

Paceman Westfield was sentenced to four months in prison in February for spot-fixing offences in 2009.

During that hearing ex-Pakistan spinner Kaneria was named as Westfield's go-between in the betting scandal.

Kaneria has continually denied any involvement in the affair.

He was arrested and released without charge by Essex Police in October 2010.

Westfield received a £6,000 payment for conceding 12 runs in his first over in a televised one-day match against Durham in 2009.

Gerard Elias QC, the chairman of the ECB's Cricket Discipline Commission, will chair the hearing.

In a statement Essex chief executive David East said: "In view of the fact that Mervyn Westfield and Danish Kaneria have been notified that an ECB Disciplinary Panel hearing will take place at which charges will be heard relating to their alleged breaches of the ECB's anti-corruption directives, the club is unable to comment on any aspect of this whilst the proceedings are ongoing."