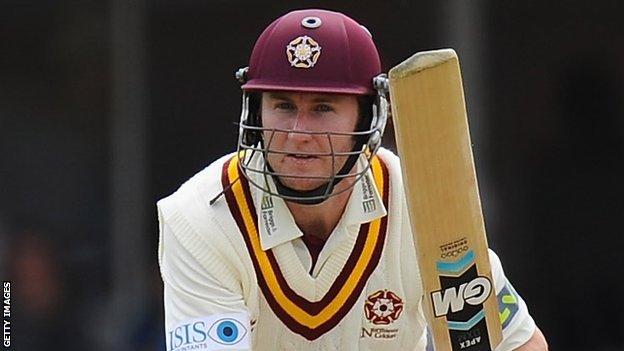 Alex Wakely and Niall O'Brien both hit half-centuries as Northants made slow progress against Derbyshire.

The pair were both dismissed after scoring 62 each, although O'Brien took 175 balls and Wakely needed 214 balls.

The wickets have been spread out so far with two for Tim Groenewald and Ross Whiteley and one for Tony Palladino, Mark Footitt and David Wainwright.