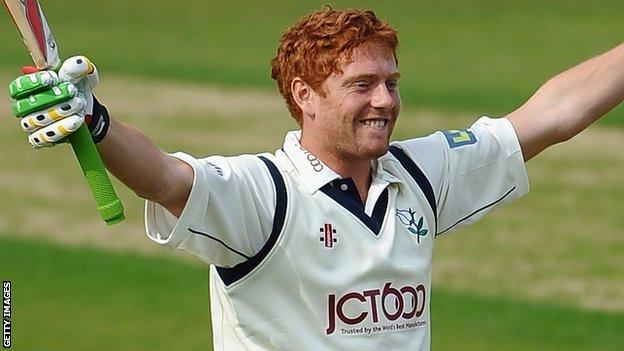 Jonny Bairstow scored a fine century as Yorkshire produced a resilient batting display on the third day against Kent.

The visitors had declared on 537-9 and Yorkshire began the day on 32-0 fighting to avoid an innings defeat.

Joe Sayers and Anthony McGrath were dismissed early on but Yorkshire were saved by Bairstow's effort of 107.

Gary Ballance also scored 45 and Andrew Gale made 44 as the hosts reached 316-6, although they still need to score another 72 runs to avoid the follow on.