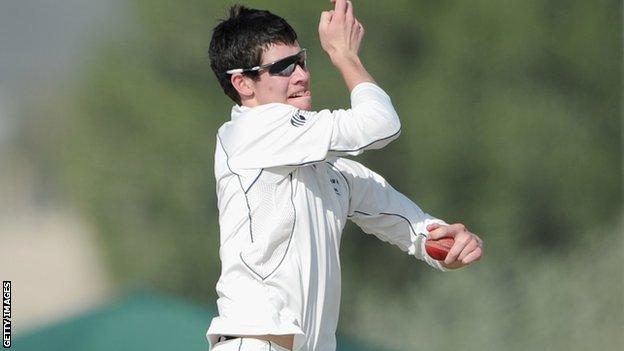 George Dockrell claimed 6-27 to bowl Somerset to a six-wicket win over Middlesex.

The 19-year-old left-armer was at the fore as the visitors collapsed from 135-3 to 175 all out in their second innings, leaving Somerset chasing 72.

Despite Marcus Trescothick's third-ball duck and the loss of three other wickets, the hosts reached their target in 16 overs.

The result is Somerset's first win in their opening game for three seasons.

"We had the worst of the conditions in the first innings, it was a good toss to win. We battled hard with the bat and then we toiled manfully with the ball. I though we held our discipline magnificently and I was really proud of the boys.

"It was just today really where we were alright at lunch, we were two down but lost our last nine wickets for 70 runs and you can't do that at this level."