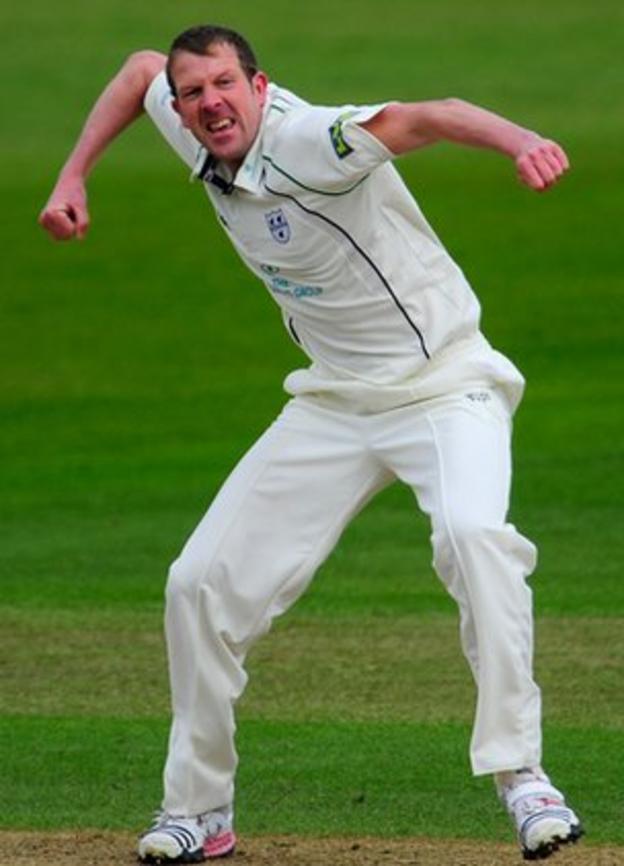 Worcestershire fast bowler Alan Richardson says he is "honoured" by his selection as one of Wisden's five cricketers of the year.

The tireless paceman's haul of 73 Championship wickets last season, at the age of 36, went a long way to keeping Worcestershire in Division One.

"It's something I'd never have expected in a million years. A massive honour," said Richardson.

"I found out a while ago, as they have to write an article on me for Wisden.

"I am not great at keeping secrets but I managed it with this one."

Staffordshire-born Richardson ended up bowling more overs than anyone in the country other than Monty Panesar as he ended up the Championship's leading wicket taker, his highlight of the summer coming in September when he took match figures of 8-54 to bowl eventual county champions Lancashire to an innings defeat inside just a day and a half at New Road.

He was chosen along with another unsung hero, Lancashire captain Glen Chapple, as well as Sri Lankan batsman Kumar Sangakkara and England pair Alastair Cook and Tim Bresnan.

Richardson, who was only in his second season at New Road after signing from Middlesex, becomes only the 16th Worcestershire cricketer to be honoured in this way by Wisden.

"I have had a look back at some of the Worcestershire players who have won this award," admitted Richardson, who began his county career with local rivals Warwickshire. "And it's a great honour to have my name up against some of the greats of the game.

"When I came here I though I had a couple of years left in me and I could be of some use to Worcestershire.

"To have that laid on me, the fact that I am one of the five cricketers of the year, is fantastic."