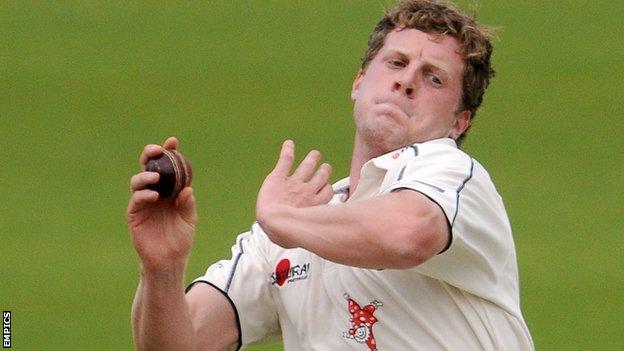 Gloucestershire recovered strongly after an excellent start to the season from Hampshire's David Balcombe.

Chris Dent (59 not out) shared an unbroken fifth-wicket stand of 108 with Ian Cockbain (52 not out) to rescue the visitors, who had been 22-2 early on.

Balcombe took the first two wickets to fall as he had Richard Coughtrie caught at first slip by Simon Katich before Dan Housego was out without scoring.

Hamish Marshall also fell to Balcombe, but Gloucestershire closed on 195-4.