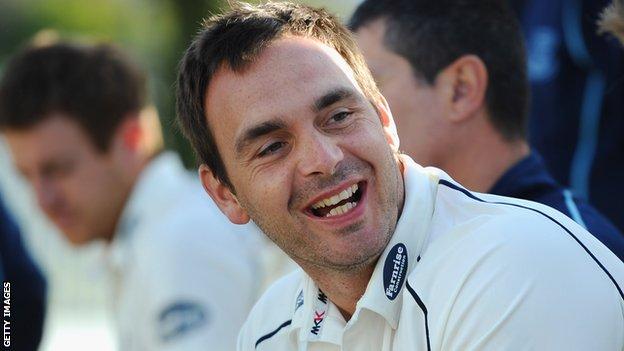 Australian Steve Magoffin (3-14) then helped reduce Lancashire to 85-4 in their second innings, still trailing by 91 runs.

"Batting on early-season wickets in England is never easy, especially against quality seam bowling where patience and experience count for everything

"Michael Yardy's innings of 110 was a masterclass of what is required in testing conditions and, if ever there was a captain's innings, this was it, as Sussex look to close in on their first Championship victory of the season.

"However, Ashwell Prince may have something to say about that. The South African left-hander demonstrated all the attributes shown by Yardy earlier in the day, and the outcome of this match could hinge on how many runs he scores tomorrow (Saturday)."