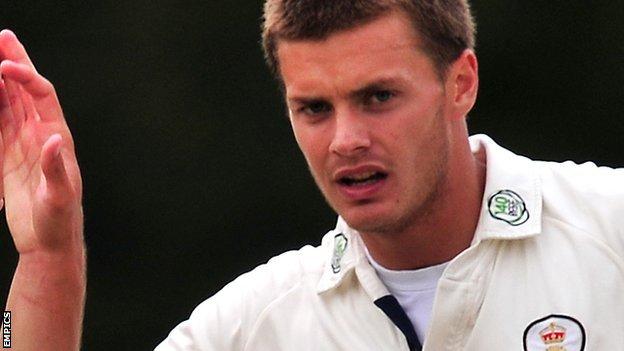 Jonathan Clare claimed the best match-bowling figures of his career as Derbyshire beat Glamorgan by 130 runs.

Clare ended with 11-57 for the first 10-wicket haul of his career after second-innings figures of 6-40.

Derbyshire began day three on 149-6 and they reached 197 with David Wainwright remaining unbeaten on 51, while Moises Henriques took four wickets.

Derbyshire have now won both of their opening two matches in their County Championship Division Two campaign after they beat Northants by 202 runs in the first game of the season.

Clare's previous best match performance had come in 2009 when he took 7-74 against Northants.