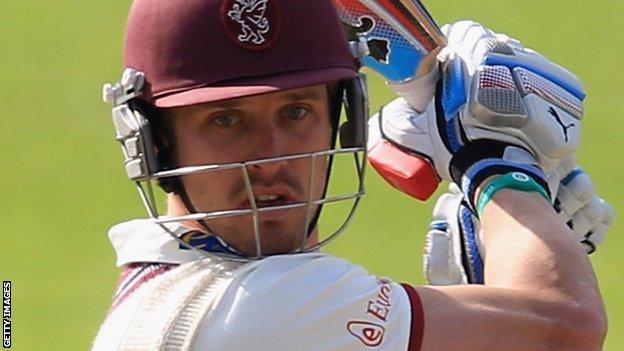 Warwickshire need another 136 runs to win with eight wickets remaining after Somerset's Nick Compton hit a century to set up a thrilling final day.

Warwickshire were set 259 to win and looked in trouble as they were 43-2.

But William Porterfield (57 not out) helped the hosts end on 123-2 with the result hanging in the balance.

Compton's century comes a week after he was dismissed for 99 in Somerset's first County Championship match of the season against Middlesex.