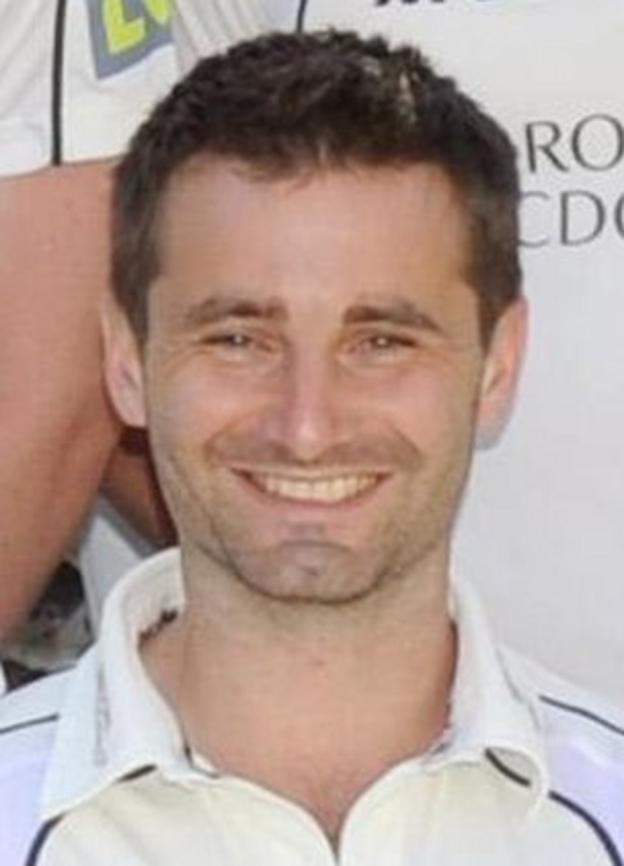 Resuming on 95-4, needing a further 41 for their first victory at the home of cricket since 1997, Surrey were unable to cope with the Middlesex seamers.

Tim Murtagh, who claimed three scalps, Gareth Berg and Toby Roland-Jones helped to wrap it up inside an hour.

Surrey's attack of the jitters began with the 13th ball of the day when Tom Maynard was lbw heaving across the line against Berg.

After being unsettled by a blow on his bottom hand from a Murtagh lifter, Chris Jordan then played tentatively forward four deliveries later only to drag an away-swinger onto his leg stump for an eight-ball duck.

Murtagh struck again in the fifth over of the morning by trapping Gareth Batty, again without scoring.

Rory Hamilton-Brown took to batting a foot or so outside his crease in an effort to reduce the extent of the seam movement off a pitch described afterwards by Surrey's director of cricket Chris Adams as "the worst I've ever seen at Lord's".

But Roland-Jones removed the Surrey skipper for 63 when, aiming to run a leg-cutter to third man, he edged to the keeper with his side only 15 short of their target.

Tim Linley helped reduce the deficit with five runs in the course of the next two overs but he then edged a back-foot defensive stroke to a Roland-Jones leg cutter and nicked to slip.

And Jon Lewis's gamble of giving Jade Dernbach the strike backfired when the Surrey last man miscued an attempted drive off Murtagh high to short cover where Sam Robson ran in to claim the winning catch.

"I think it's been the most extraordinary game of cricket that I've played in. The game swung from one side to the other.

"I must admit turning up this morning with them four down, we knew if we got one or two early, the game could be in our hands but it was lucky we did get Maynard early and the game swung back to 50/50.

"Then getting one after that, I thought 'we've got a real chance here'. We fought throughout the whole of last season. This just proves hopefully we can do it again."