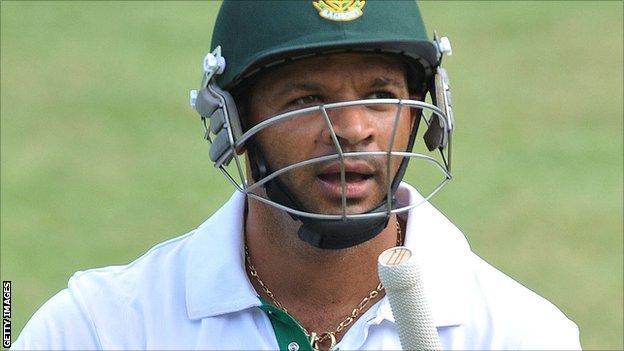 Ashwell Prince insists Lancashire's confidence has not been dented, despite starting the defence of their County Championship title by losing to Sussex.

The Red Rose were beaten by 10 wickets at Liverpool, with the visitors set a target of just one run to win.

Prince told BBC Radio Lancashire: "Winning the title has given a lot of the guys some confidence.

The South Africa batsman continued: "We felt that, on day one, the pitch was a little bit under-prepared and it would have been better if it had played like it did on day two.

"But those are the conditions and you have to face what is out there and try and make the most of it."

Lancashire return to action at Aigburth on Thursday when they face Warwickshire, the team they beat to the County Championship title on the final day of last season.

"I don't think there are any easy games and Warwickshire will be tough," said Prince.

"We expect conditions to be similar so it's going to be tough for the team that bats first again.

"Unfortunately we didn't come out on top in this one, but hopefully we will do next week."