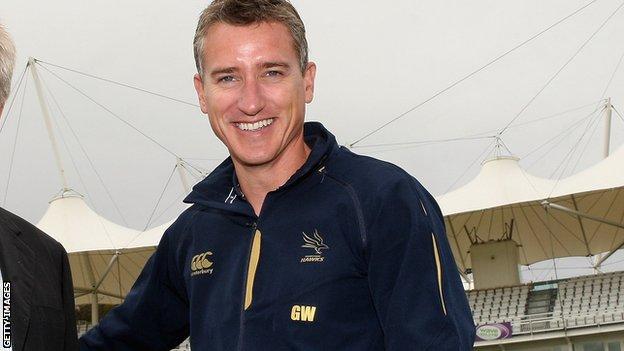 Hampshire coach Giles White has backed his side's top order to come good despite their defeat in their opening County Championship fixture.

They were bowled out with 12 balls to go as they lost by 33 runs to Gloucestershire at the Rose Bowl.

Hants were 72-6 at one stage in their second innings, but White has not lost faith in his front-line batsmen.

White admitted at one stage he felt his side may hold on for a draw but conceded their poor fielding helped contribute to their downfall.

The game ebbed and flowed and we came out the wrong end of it unfortunately having put in a a good fight, but Gloucester deserved their win and great credit to them

"It's a disappointing result," he said.

"The game ebbed and flowed and we came out the wrong end of it unfortunately, having put in a good fight, but Gloucester deserved their win and great credit to them.

"Our powerful top order didn't quite click and they bowled well and we were six down too quickly.

"But we look back on it, and we missed a few chances in the slips and dropped a few catches and, as we know, that has a significant impact on games of cricket.

"They were better than us in that department and came away with a win because of it."

Despite the result, Hants did have the one positive of David Balcombe taking 11 wickets for the first time in a County Championship match.

"I thought we might rescue it but they got a few wickets in clusters and that happened all the way through the game," said White.

"It was a fantastic effort from David and he looks a class act and performed very well and hopefully that'll continue."