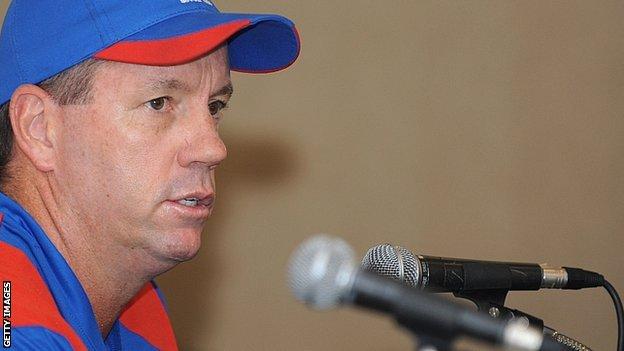 Stuart Law has been given a coaching role in Australian cricket after quitting as Bangladesh coach just nine months into the job for family reasons.

Law will take over as High Performance Coach at the Cricket Australia Centre of Excellence (COE) after his Bangladesh contract expires in June.

Law led Bangladesh to the final of the Asia Cup last month.

He will also take charge of a two-match tour of Pakistan later this month - the first international cricket to be staged there since March 2009 - before returning to his homeland.

"The opportunity to return home to be closer with family and work in Brisbane with Australia's established and emerging talent was too good to pass up," he said.

"I thank the Bangladesh Cricket Board and the Bangladesh players for their support and will be watching their progress with keen interest over the coming months and years."

Law played county cricket for Essex, Lancashire and Derbyshire before taking over as Sri Lanka assistant coach in 2009.

"Stuart is a current international coach with recent demonstrable success and we're fortunate to have secured his services in the Australian cricket landscape," said COE Manager Belinda Clark.

"His knowledge of the sub-continent and England, and his experience with Sri Lanka and Bangladesh, will bring a global perspective to the COE."