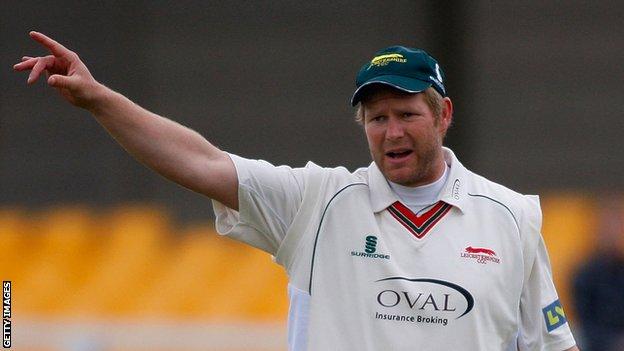 Leicestershire skipper Matthew Hoggard will be out of action for a month following surgery on a broken finger.

The pace bowler suffered the injury to the little finger of his left hand when taking a catch in their opening Championship game against Glamorgan.

The team will be led by former West Indies captain Ramnaresh Sarwan when they begin their away game against Derbyshire on Thursday.