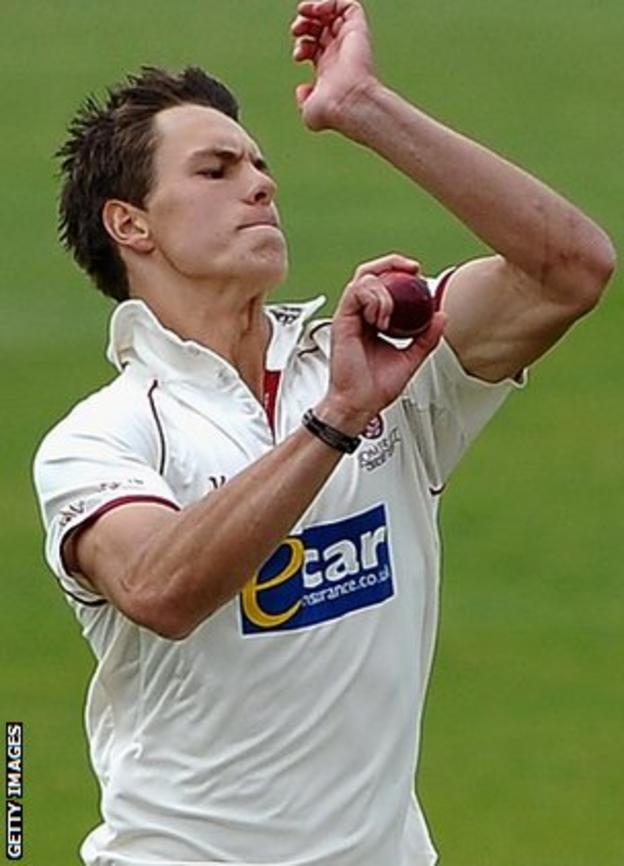 Somerset's Adam Dibble could be out for several weeks with a rib problem.

The 21-year-old sustained the injury during their defeat by Warwickshire, in which the seam bowler took 3-42 in the first innings and hit 43 off just 46 balls in the second innings.

"Adam will be out for a while," captain Marcus Trescothick confirmed on the club website.

"He didn't bowl in the second innings because he felt sore and has since learned he's damaged a muscle."

Trescothick continued: "It seems all young seam bowlers experience injury problems these days. It's almost something they have to go through as part of their development before they become fit enough to bowl for long periods."

Lewis Gregory will replace Dibble for their County Championship match at Nottinghamshire, which starts on Thursday.