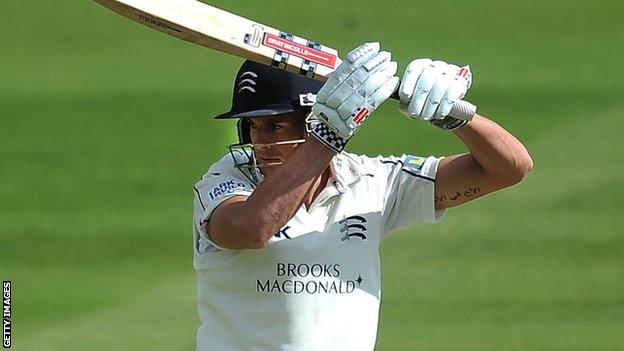 Neil Dexter is temporarily stepping down from his role as four-day captain of Middlesex to concentrate on his batting performances.

The 27-year-old admitted to BBC London 94.9 earlier this month that skippering the side had affected his form.

Director of cricket Angus Fraser said: "I applaud Neil for his selfless and honest behaviour.

"He believes extra time spent concentrating on this part of his game will help return him to his best."

Dexter, who has only scored 15 runs in four innings this season, will continue to lead the side in their CB40 and Twenty20 campaigns.

In a statement on the club's website, Fraser added: "Once Neil's form returns, as it inevitably will, and he is happy with where he is at the captaincy will return to him."

Australian batsman Chris Rogers will take on the captaincy in the interim period.

"Chris captained the team very well at the end of the 2011 season and is happy to stand in to help the team's cause," Fraser continued.

"Chris is fully aware of the situation. He knows that the job is Neil's once he and the club feel the time is right."