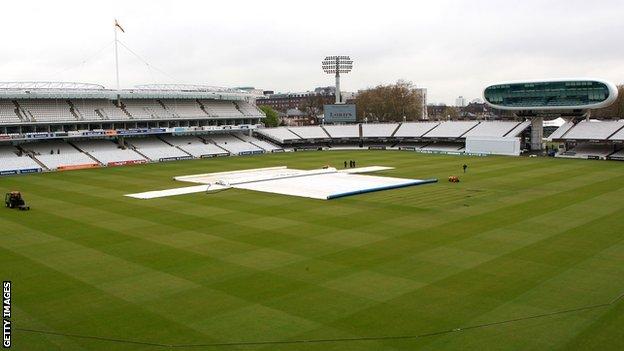 Day one of the County Championship match between Middlesex and Durham at Lord's was washed out because of rain.

England captain Andrew Strauss and fast bowler Steven Finn have both been named in the Middlesex starting XI.

But both will have to wait to return to domestic action following a day of persistent rain and heavy showers as play was called off at 1615 BST.