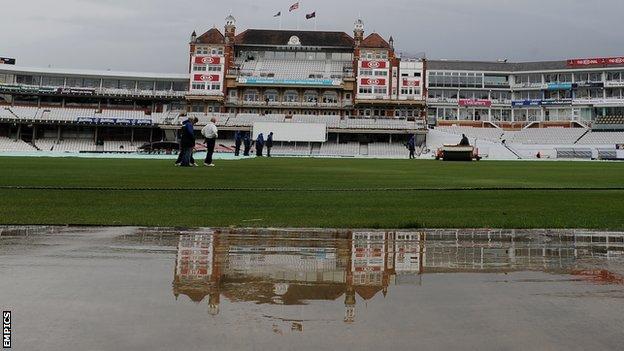 No play was possible on day one of the County Championship clash between Surrey and Worcestershire at The Oval because of rain.

After the weather washed out the morning session, the umpires had hoped to start midway through the afternoon.

But after Worcestershire won the toss and decided to bowl, the rain returned and stopped the game getting underway.

Umpires Nigel Llong and Jeff Evans finally took the decision to call play off for the day at around 1620 BST.