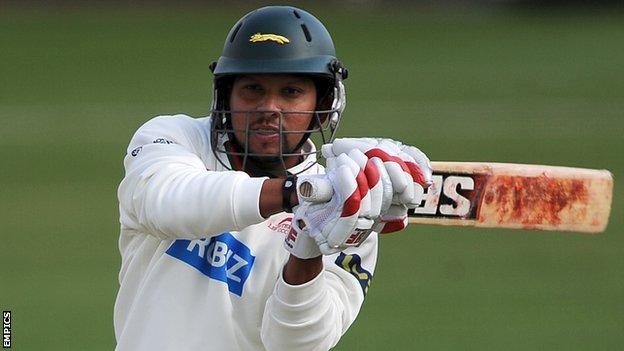 The pair both scored 105 as the visitors progressed from 24-1 after a rain-delayed opening day on Thursday to finish on 318-7 at the end of Friday.

Opener Greg Smith was dismissed for 35 before Sarwan and Cobb enjoyed a fourth-wicket partnership of 141.

Derbyshire ended well with two wickets in the last three overs but are already facing a battle to avoid a defeat.

Sarwan's last hundred in first-class cricket came 26 months ago, while Cobb reached three figures for the first time since his maiden century in 2008.