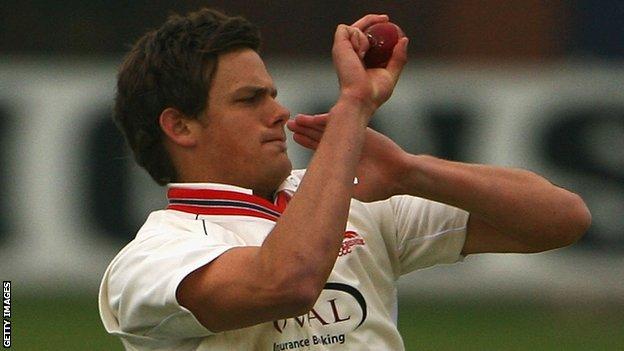 Wayne White claimed the best bowling figures of his career as Leicestershire moved into a strong position on day three of their game against Derbyshire.

White took 5-54 for only his second five-wicket haul in first-class cricket in Derbyshire's total of 180 all out.

Derbyshire's number 10, Tony Palladino, scored a rapid 38 off 45 balls to give the hosts' score some respectability.

Leicestershire, who moved from 318-7 to 324 in their first innings, ended the day on 76-1 in their second innings.