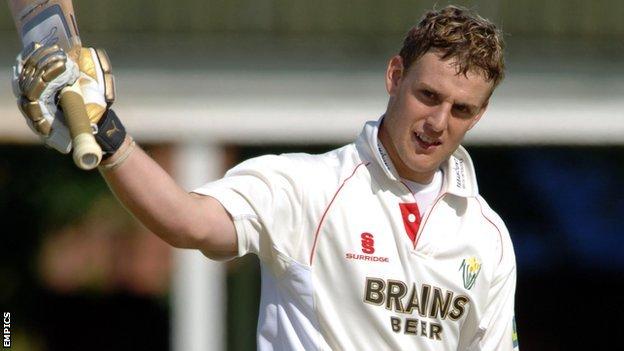 Ben Wright hit a century as Glamorgan enjoyed their best day of the season during their game against Hampshire.

Glamorgan, who lost their opening two matches, began the day on 73-3 in their second innings but Wright (104) and Stewart Walters (54) took them to 256.

They ended on 112-4 with the match well balanced after Graham Wagg took two early wickets before Sean Ervine (37 not out) led the fightback.

Hampshire need another 92 runs to win on Sunday and have only six wickets remaining in what promises to be an exciting last day in Cardiff.