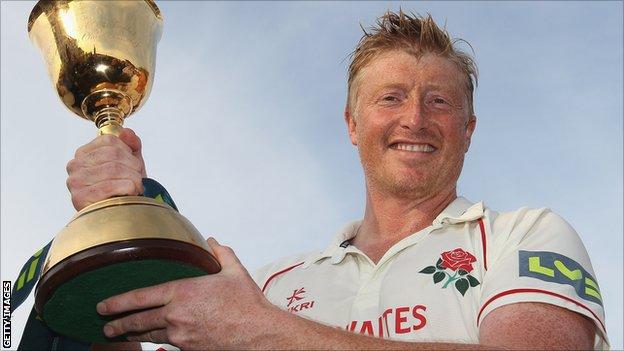 Glen Chapple believes Lancashire do not need to make a massive improvement to start winning games, despite losing their first two matches of the season.

"It's easy to see how we can start winning games because the areas that we need to brush up on are quite clear," the captain told BBC Radio Lancashire.

"Even though we've been under par, we don't think that there's far to go before we start turning sides over."

The county champions were beaten by Warwickshire at Aigburth on Sunday.

The Bears nervily chased down a meagre target of 70 to inflict a second successive home defeat on Lancashire, who lost by 10 wickets to Sussex in their first match of the campaign.

"Whilst we've got players that are batting well, we need to work hard at making partnerships, and when we get on top we need to push home the advantage," Chapple, 38, continued.

"It's the same with the ball. We've had spells where we've bowled really well and created big problems, and then there have been spells where we haven't quite got it right.

"It's frustrating because we know we can do better."

Lancashire's next opponents are Somerset, with their match at Taunton starting on Thursday.