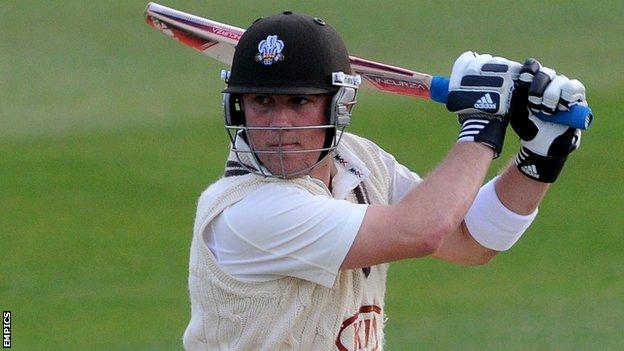 Surrey captain Rory Hamilton-Brown says he is still adapting to batting in the middle order.

The 24-year-old has made three half centuries in six innings this season.

He told BBC London 94.9: "I was very fortunate to open [the batting] for the whole of last season. It brought my game on a huge amount.

"It's very early days. While I am currently fairly happy with my form, I know form is only temporary and it's something I am looking to build on."

He added: "There are lots of big games and good attacks to still come."

On Sunday, the former England under-19 player notched up a second-innings score of 76 to help Surrey claim a draw against Worcestershire in their rain-affected match at the Oval.

"I think at number five and six - myself and [Tom] Maynard - it's our job to stand up if the top boys don't fire," Hamilton-Brown continued.

"I pride myself on that being my time and I was happy I was able to put in a contribution.

"Hopefully it can continue."