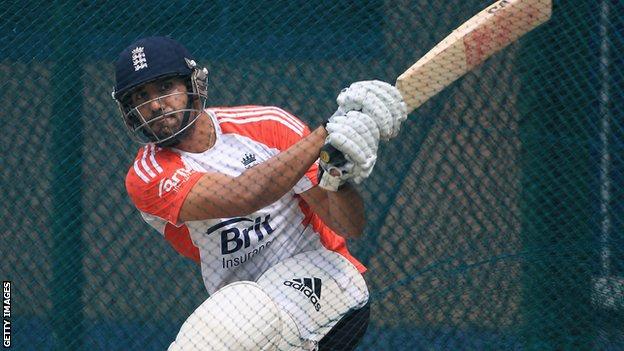 Essex head coach Paul Grayson has described Ravi Bopara's century against Yorkshire as a positive sign for his club and country.

The all-rounder has spent the winter with England on their tour of the subcontinent, but was restricted to limited over cricket.

And he returned to the Essex line-up to hit a first-innings 117 not out in a rain-affected draw at Headingley.

"It was an outstanding performance from someone who's not played in English conditions for a while.

"That bodes well for the future for Ravi, for Essex and for England. So he's in a good place at the moment."

Bopara, 26, who has been hampered by a side strain this season, has been freed by the England & Wales Cricket board to feature for Essex until England's first Test against the West indies at Lord's on 17 May.

Grayson's men are next in County Championship Division Two action against Northants on Thursday, looking to build on a season-opening victory over Gloucestershire and the stalemate with Yorkshire.

"I think we were a little bit short this week," he said.

"We were not quite as good as we were against Gloucestershire. We didn't bowl as well as we would have liked to.

"We need to improve this week against Northants."