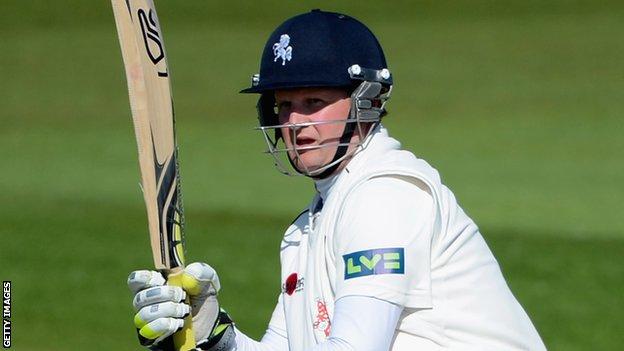 The 22-year-old has been restricted to playing in second XI and friendly matches so far this season.

"We wanted him to go away, bat without pressure and find the form that made him one of the best players in his age group. Sam's time is not far away."

Northeast only averaged 22 in the County Championship last summer, but last week he hit 166 in a match against Durham's second string.

And he followed up that performance with an unbeaten 68 against a Kent Premier Division Select XI on Sunday.

Key added: "I'd like to think he's feeling pretty good about his game now.

"It's a funny way how opportunities present themselves."

Meanwhile, Key says he is not feeling any ill-effects from playing with a minor wrist injury.

"It's good and getting better all the time, which is a bonus," the 32-year-old continued.

"I just have to manage it really, which is a bit of a pain. But I suppose that comes with old age."