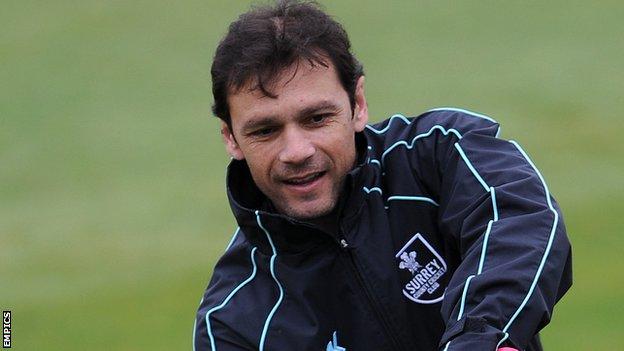 Surrey's Mark Ramprakash has received three penalty points after being found guilty of a breach of the ECB's disciplinary code.

The batsman was reported by the umpires in Surrey's match against Worcestershire for an offence relating to obscene language or gestures.

The accumulation of nine or more penalty points in a two-year period results in an automatic suspension.

Last year, Ramprakash was suspended for one match by Surrey for showing dissent after being dismissed for obstructing the field.