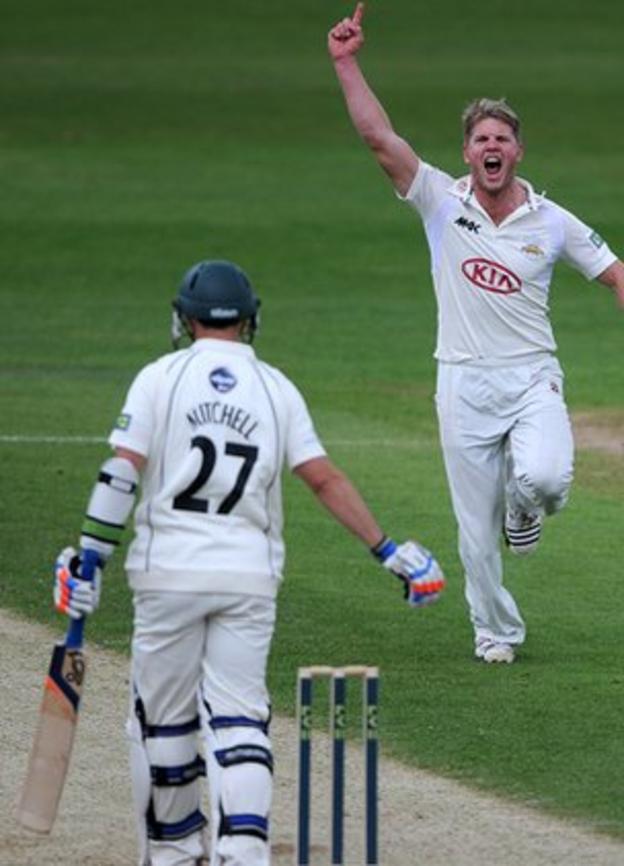 Worcestershire director of cricket Steve Rhodes has stressed to his batsmen the need for more first-innings runs in County Championship matches.

In their two Championship games so far, Rhodes' men have been bowled out for 130 by Nottinghamshire at Trent Bridge and 119 by Surrey at The Oval.

But, ahead of their first home fixture of the season, the return game with Notts, Rhodes wants an improvement.

"After our first innings at The Oval we addressed some issues," said Rhodes.

"We had a long chat with the batting group.

"Apart from Moeen Ali and Daryl Mitchell at Trent Bridge we had not put any partnerships together," he told BBC Hereford and Worcester.

But, judging by the way skipper Mitchell and Australian opener Michael Klinger then went out and put on 94 for the first wicket in the second innings against Surrey, Rhodes feels his words have already had some effect.

"I sensed a different approach in that the guys were determined to see it though and bat properly," added Rhodes.

"Block good balls, hit bad balls. It is very simple but that's the way we need to play.

"That was encouraging, because they ran well between the wickets. They played solidly and Klinger put some balls away for four.

"We need to take that sort of performance into the next game against Notts."

Chasing 246 to win, Worcestershire were well placed on 94-1, with Klinger well set on 69 and still more than 40 overs left, when the rain came.

And Rhodes hopes that they can now keep the ball rolling at New Road against a Notts side sitting second in Division One after winning two of their first three matches.

Worcestershire have added talented youngster Anish Kapil, who has been starring for England's Under-19s in Australia, and pace bowler Jack Shantry to the XI that drew at The Oval.