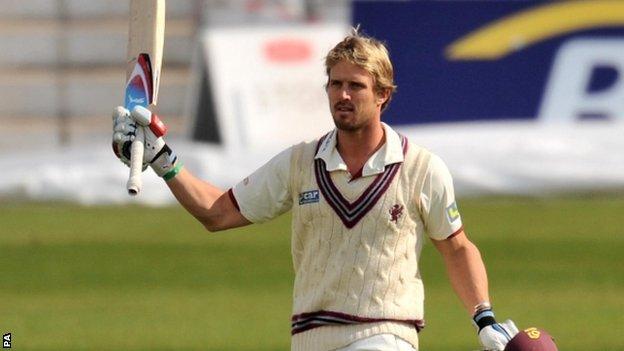 Somerset batsman Nick Compton has been rewarded for his early season form with a place in the England Lions squad to play West Indies on 10 May.

The 28-year-old has amassed 685 first-class runs, including two double tons, and is on course to become the ninth man to make 1,000 before June.

James Taylor will captain a party that includes Michael Carberry and Samit Patel, who have played Test cricket.

Coles, the only player in the squad without a Lions cap, spent the winter on the Potential England Performance Programme in Loughborough and Chennai before joining the Lions for the final stages of their tour of Bangladesh and Sri Lanka.

Surrey's Jade Dernbach and Yorkshire wicketkeeper-batsman Jonny Bairstow, both of whom are England one-day players, feature in the squad.

"Many of the players included have worked hard on our overseas tours and training camps over the winter or have shown good early season form," said national selector Geoff Miller.

England Lions face West Indies in a four-day game at Northampton starting on Thursday 10 May.