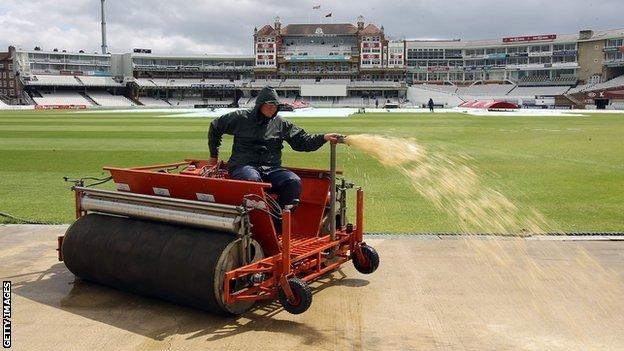 Surrey and Durham suffered a third day of frustration as play was again abandoned without a ball being bowled.

No play has been possible in any of the three days of their scheduled clash in County Championship Division One.

The umpires inspected the ground early in the afternoon but quickly came to the conclusion that no play would be possible on Saturday.

With more rain forecast, The Oval could be facing its first total washout since a game against Sussex in 2007.

"A touch of déjà vu as the weather will just not let this game get underway.

"Heavy overnight rain and persistent drizzle in the morning once again left umpires Martin Bodenham and Mark Benson with no alternative but to abandon play at midday."