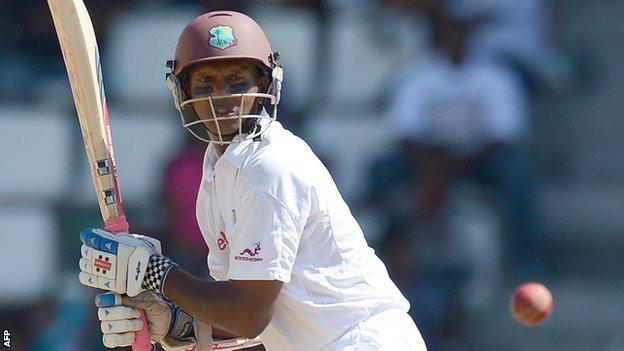 Chanderpaul hit 68 and 69 in the third Test against Australia in Dominica to earn 19 ratings points and move ahead of South Africa's AB de Villiers and Jacques Kallis.

The 37-year-old from Guyana first topped the batting charts in July 2008.

Chanderpaul will arrive in England this week for the Test series as the number one-ranked batsman, as he did in May 2009.

He passed the 10,000-run mark during the match in Dominica, becoming only the second Windies player and the 10th of all-time to reach the mark.

Australia's 75-run win on Friday in the match, which gave them a 2-0 win in the series, saw them move ahead of India into third place in the Test table.