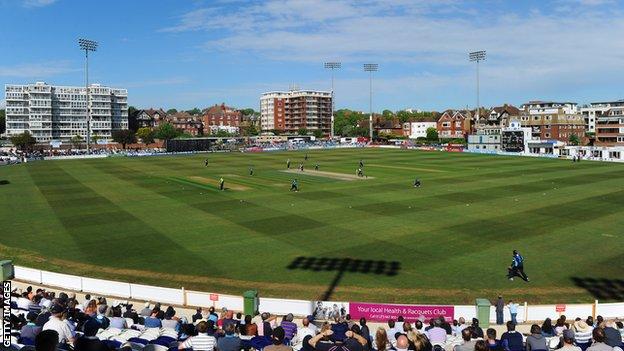 The Hove outfit face three-day matches against Leeds and Bradford MCCU and the West Indies this week.

He told BBC Sussex: "The fixture list has been pretty rubbish for us. We missed a round of cricket last week and haven't been able to get on grass.

"The game against Warwickshire was badly affected [by wet weather]. Then you don't play again when you're itching to play proper cricket."

He added: "You're mindful of the work-load coming up.

"Then we're into a very busy period. Getting the balance right is going to be a test."

Despite the West Indies visiting the Probiz County Ground over the May bank holiday weekend, Robinson says he would rather concentrate on entertaining the county champions next week.

"It's always good to pit your wits against an international team," he continued.

"We'll pick a team to get some time in the middle for certain players.

"But as a coach you're thinking about the next four-day game. My eyes are on Lancashire.

"The focus is on the Championship game."