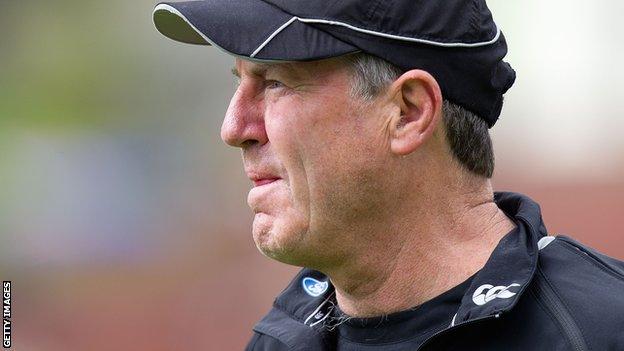 New Zealand coach John Wright will step down in August after rejecting the offer of a contract extension.

The former Black Caps skipper, who has spent 17 months in charge, will leave after their tour of West Indies.

He replaced compatriot Mark Greatbatch as coach in December 2010.

"I appreciate the offer to extend my contract but after much consideration I feel it's the right time to move on and look at other opportunities," Wright, 57, said in a statement.

He steered the Kiwis to the World Cup semi-finals last year, while in November they recorded their first Test victory in Australia for 26 years.

However, he is reported to have had differences of opinion with former Australia coach John Buchanan, who was appointed as New Zealand's director of cricket last April.

New Zealand Cricket chief executive David White said: "John has been an outstanding servant for cricket in New Zealand over a long time and it is disappointing to lose someone of his calibre.

"We were keen to see him continue his head-coach role, however understand and respect his decision to look for another challenge.

"We are keen to fill this critical role as soon as possible but are conscious that we need to take the time to find the right candidate who can take us through to the 2015 World Cup."