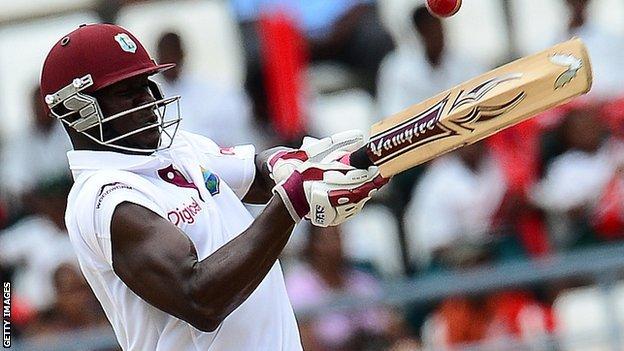 It doesn't seem too long ago that England were playing their final Test match in Sri Lanka, and now the home international summer is upon us again with Andrew Strauss's men preparing to take on West Indies over three Tests from 17 May.

Playing against the Windies used to be one of the great challenges for an England cricketer and the sides captained by Clive Lloyd and Viv Richards were among the best the game has seen.

My Test debut against them in 1990 was a true baptism of fire as I faced up to a bowling attack featuring Malcolm Marshall, Courtney Walsh, Ian Bishop and Patrick Patterson.

Throw in star batsmen Richards, Desmond Haynes, Richie Richardson and Gordon Greenidge, and you knew you were playing against a very special side.

I have been in Roy Hodgson's company on a number of occasions and have always found him to be a good man with a tremendous knowledge of the game.

During the 2009-10 season, he invited me to Fulham's training ground to look at whether some of their goalkeeping drills could be translated to wicketkeeping.

Watching Roy at training, I was struck by how exceptionally well-organised and well-structured the sessions were. He demanded a lot from his players and had an air of calm authority.

Hodgson's appointment probably caught most people by surprise because we all thought Harry Redknapp was going to get the job. But I just hope every fan will give him a chance to show what he is capable of doing.

Unfortunately, West Indies cricket has undergone a steady decline over the last 10 years, but there are signs that the current team is capable of lifting them out of the doldrums.

Under the guidance of captain Darren Sammy, they have become more competitive and, although they lost 2-0 to Australia in their most recent Test series, they made Michael Clarke's men work hard for their victories.

Sammy is a bread and butter cricketer but he marshals his troops very well and the players all respond to his style of captaincy.

West Indies can be a difficult side to captain because there is a lot of inter-island rivalry, but Sammy has taken on that responsibility and he is starting to guide West Indies cricket towards where all of the Caribbean would want them to be.

Their strongest suit is their bowling where Kemar Roach, Fidel Edwards, Ravi Rampaul and Sammy provide some strong seam options, while off-spinner Shane Shillingford impressed with a 10-wicket haul in the final Test against Australia.

Coach Ottis Gibson will have first-hand knowledge of England's strengths and weaknesses, having been their bowling coach when they won the Ashes in 2009, but my biggest concern is how their batsmen will cope on pitches that offer sideways movement both through the air and off the pitch.

The likes of Kirk Edwards (50) and Darren Bravo (49) have good batting averages early in their Test careers, but have they got the technique and temperament to battle it out against one of the best bowling attacks in the world? Will they score enough runs to allow their bowlers an opportunity to bowl England out twice?

West Indies rely too heavily on the magnificent Shivnarine Chanderpaul, who has returned to the top of the ICC batting rankings after passing 10,000 Test runs last week.

Let's just hope it's a good week for the teams that wear blue. After Manchester City beat Manchester United in the league on Monday, let's hope the blue of Chelsea can beat the red of Liverpool in the FA Cup final on Saturday.

I played against Chanderpaul when he made his debut against us in Guyana in 1994 and you could immediately see that he was a proper cricketer, with the technique and temperament to go far.

He is not a typical Caribbean-style cricketer, big and powerful like Greenidge or Haynes, but he is highly effective and ranks right up there with some of the very best batsmen I played against.

Chanderpaul can be relied upon to score runs at number five, but he is going to need valuable contributions from others if West Indies are to stand a chance against England.

To that end, it is a shame that Chris Gayle will not play in this series following his long-running dispute with the West Indies Cricket Board.

Gayle is a box office cricketer and people will pay to see him play in all forms of the game. He is a very effective opener because he puts pressure on the new-ball bowlers and no ground is too big for him.

Let's just hope the situation is resolved in time for him to play against England in the one-day series in June.