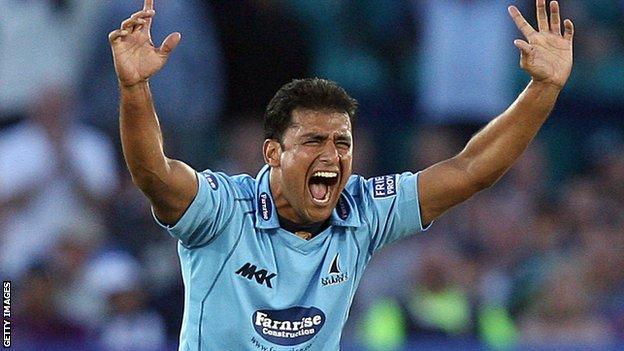 The 30-year-old, who has also played for Surrey, Sussex and Kent, will join compatriot Junaid Khan at Old Trafford.

"He is a very experienced one-day bowler and big hitter of the ball down the order."

Lancashire have never won the domestic T20 competition, their best effort so far was reaching the final in 2005 when they lost to Somerset by seven wickets.

Arafat has, however, tasted success of finals day, having been part of the Kent Spitfires side that defeated Gloucestershire at Edgbaston two years later.

He has made seven seven T20 appearances for Pakistan as well as playing 11 50-over internationals and three Tests.

"The addition of Yasir to our squad emphasises our determination to progress in the Friends Life t20 tournament and we are delighted to have him on board," said Lancashire's director of cricket Mike Watkinson.