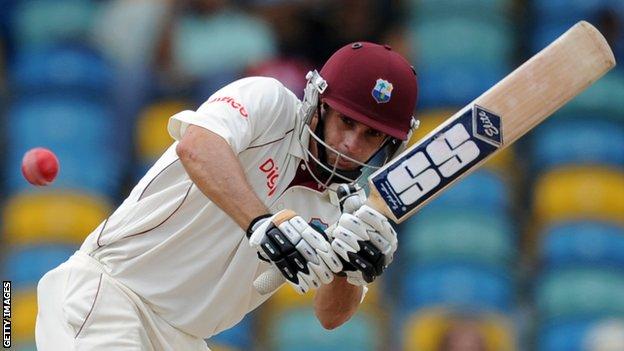 Kent's overseas signing Brendan Nash says he determined to prove a point and answer his critics during his first season in English cricket.

Nash was unceremoniously dumped from the West Indies team last year and is eager to score heavily for Kent.

He told BBC Radio Kent: "It's very important, especially in the last year not being selected for other teams."

The 34-year-old struck an unbeaten 132 against Yorkshire last week and hit 67 against the Tykes on debut.

Nash added that such knocks filled him with confidence, saying: "To do this reassures yourself that you can still do it.

"You always have that confidence inside of you but to actually prove it to people, you need to keep proving yourself."

The Jamaican is the county's leading run-scorer this season, hitting 256 runs in just five innings at an average of 85.33.