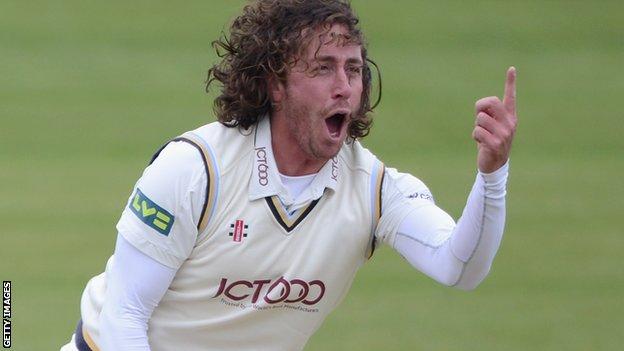 Yorkshire's seamers ran through a fragile Leicestershire batting line-up to put them in control on day two of their Championship game at Scarborough.

First-day centurion Jonny Bairstow was eventually caught for 182, but Anthony McGrath weighed in with 90 before the Tykes were all out for 447.

McGrath then took 4-21 and Steve Patterson 3-17 as the visitors were dismissed for 116 and had to follow on.

Patterson then trapped Greg Smith lbw as they reached 3-1 at the close.

England paceman Tim Bresnan, looking to get some overs under his belt before the Test series against West Indies, was only required to bowl 12 in Leicestershire's first innings by skipper Andrew Gale, but picked up the wicket of Claude Henderson for figures of 1-37.