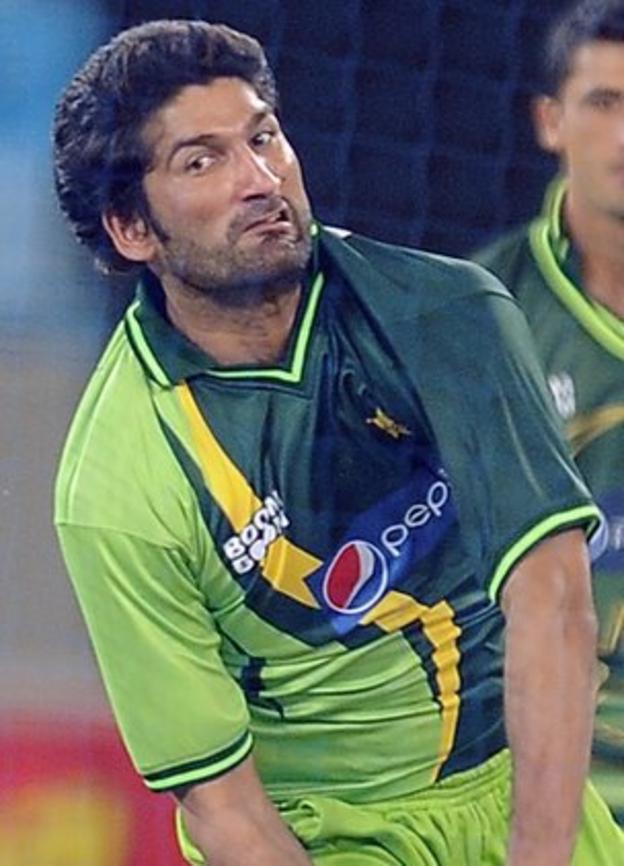 Worcestershire have signed Pakistan seamer Sohail Tanvir to play the second half of this summer's FL t20 campaign.

The county have been keen to find a stand-in since it was revealed that Saeed Ajmal would tour Sri Lanka with Pakistan between May and July.

"Saeed was a tremendous bowler at the death and this is the type of role we want Sohail to play," he added.

"He specialises in that type of cricket and he fits the bill for what we want," he told BBC Hereford & Worcester.

Rhodes had already stated that he was not specifically looking for a stand-in spinner to replace Ajmal.

West Indies fast bowler Kemar Roach was another who has been touted as a potential replacement, Rhodes admitting: "I have been saying for the past two or three weeks about replacing Saeed Ajmal didn't necessarily mean replacing him with a spinner.

I spoke at length to Saeed, who played for Worcestershire last year, and spoke very highly of the club and set-up

"It meant replacing him with someone who can do what he does - that's one over in the powerplay and two or three at the end of the innings.

"Tanvir can do that - he's proved that in South Africa recently and added to that he can score runs down the order.

"That's another area we would like to maximise this year in Twenty20 cricket - to have another hitter, along with Gareth Andrew down the order, who can clear the ropes."

But, with the ever-growing international calendar and a number of countries involved in tours, Rhodes knows just how difficult it is to find a deputy both good enough and available - and Ajmal's Pakistan team-mate, left-armer Tanvir, looks to fit the bill.

"I know a lot about the club," said Tanvir, named this week in Pakistan's 16-man squad for the forthcoming two-match Twenty20 series in Sri Lanka.

"I spoke at length to Saeed, who played for Worcestershire last year, and spoke very highly of the club and set-up.

"I look forward to joining the rest of the Worcestershire squad after my Pakistan Twenty20 international commitments in Sri Lanka are concluded in early June."