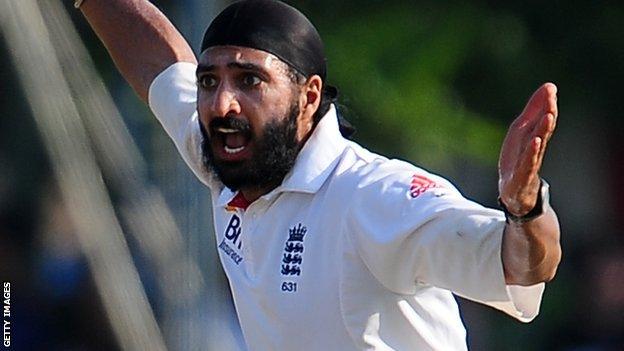 England duo Monty Panesar and Matt Prior have been included in the Sussex squad for their three-day match against the West Indies.

Panesar and Prior, both 30, were involved in England Test matches over the winter.

Wicketkeeper Prior was an ever-present in the Test series against Sri Lanka and Pakistan while spinner Panesar took 16 wickets in three Tests.

The game, at the Probiz County Ground in Hove, begins on Saturday.

Panesar has taken six wickets in his two County Championship appearances for Sussex this season while Prior was out for a duck in his sole domestic game against Warwickshire.

The West Indies play the England Lions at Northampton next week before the first Test against England starts on 17 May.