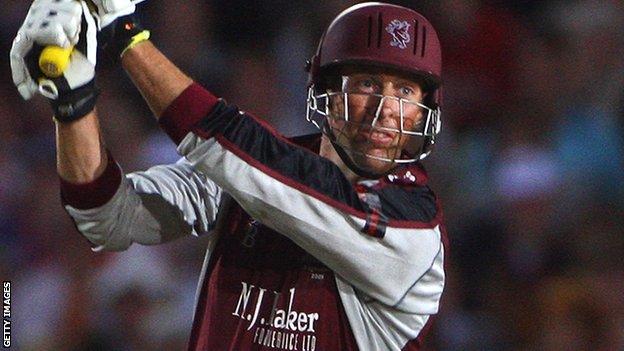 Somerset captain Marcus Trescothick could be out for a further two or three weeks with an ongoing ankle injury.

The 36-year-old batsman has not played since 20 April and was originally ruled out for around six weeks after undergoing an operation.

But the surgery revealed he had ruptured a tendon and director of cricket Brian Rose says he could now be sidelined for at least two months.

"Realistically we are talking around eight to 10 weeks (in total)."

Meanwhile, Rose admitted the county were interested in signing Ajmal Shahzad, who was released by Yorkshire on Thursday.

"There are several counties chasing him and we've registered an interest but I think it could take three or four days to sort out."

The England international appeared in Yorkshire's first three County Championship matches this season but is not involved in the current match with Leicestershire.

The Tykes say they mutually agreed to release the bowler because he was "unhappy" at Headingley.