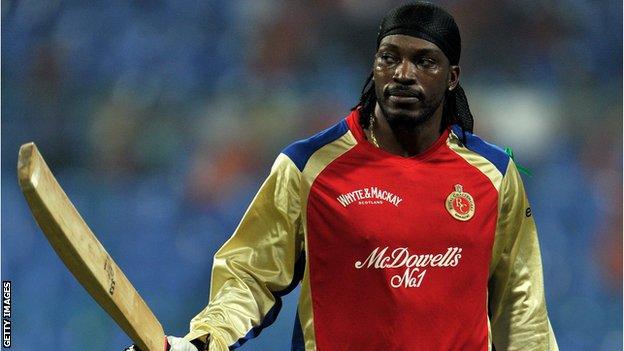 Somerset will not be taking legal action against Chris Gayle after the West Indies opener pulled out of his T20 contract with the county.

The 32-year-old Jamaican released a statement on Thursday saying he was reneging his deal so he could be considered for international duty.

Somerset responded, saying they were disappointed with the decision and would be

But the club have now confirmed they will not be pursuing the matter.

Somerset chief executive Guy Lavender said: "Having taken legal advice and reflected on the situation over the last 24 hours, we have concluded that it is not in the best interests of Somerset, Chris Gayle, or cricket more generally to pursue this matter any further.

"We wish Chris well and hope to see him back playing for the West Indies this summer."

Batsman Gayle has not played for his country since 2011 after falling out with the West Indies Cricket Board.

However, after the two parties patched up their differences, he could now feature in their tour of England which starts next month.

Gayle was scheduled to arrive at Taunton in June but will now be replaced by South Africa international Faf du Plessis.