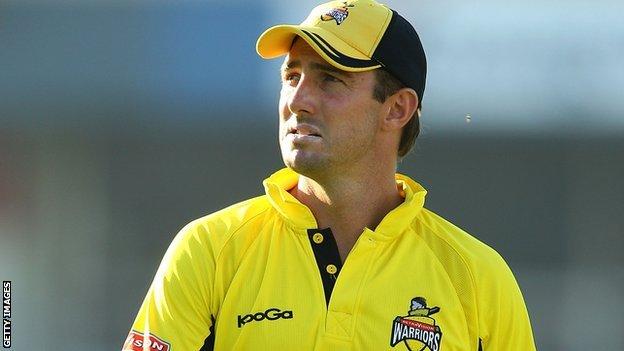 The 28-year-old left-hander is expected to make his debut in Glamorgan's T20 friendly against Unicorns on 12 June.

Marsh is a renowned T20 player but hit a century on his Test debut with 141 against Sri Lanka in September 2011.

"To bring in a player of Shaun's calibre, a genuine match winner, to the top of the batting order will make us a more potent attacking force," said Glamorgan's head of elite performance Matthew Mott.

"And with Shaun's experience of the competition across the world, he will also provide our young guns with a great deal of confidence."

He became the 19th Australian to score a ton on his Test debut while he also impressed on his one-day international bow when his 81 runs from 97 balls earned him the man of the match award and Australia triumph against West Indies in June 2008.

Marsh will arrive in Wales when the Indian Premier League season is over as he is playing alongside fellow countrymen Adam Gilchrist and David Hussey for Kings XI Punjab.

"Having played in both IPL and the Big Bash in Australia," said Marsh. "I'm really looking forward to drawing on my experience and hitting some runs when I join up with the Welsh Dragons.

"I played alongside Marcus North at Western Australia before, so it will be great to join up with him again. Hopefully we can have a great t20 tournament and with the final of the competition in Cardiff it should be a great summer ahead."

Marsh came to international prominence in 2008 in the inaugural IPL as he was the competition's leading scorer with 616 at a 68.44 run average as he helped Kings XI Punjab to the semi-final with five man of the match displays.

Marsh is the son of former Australian opener Geoff Marsh, who also coached Australia to 1999 World Cup glory in England before becoming an Australian selector.

Marsh's signing is set to announced just a few days after Glamorgan confirmed the signing of experienced former South Africa opening batsman Martin van Jaarsveld for their Twenty20 campaign as the Welsh county bid for success in that lucrative competition.

Glamorgan, who were Twenty20 semi-finalists in 2004, have not qualified for the knock-out stages since 2008 while their Swalec Stadium in Cardiff will host the domestic T20 finals day on 25 August.