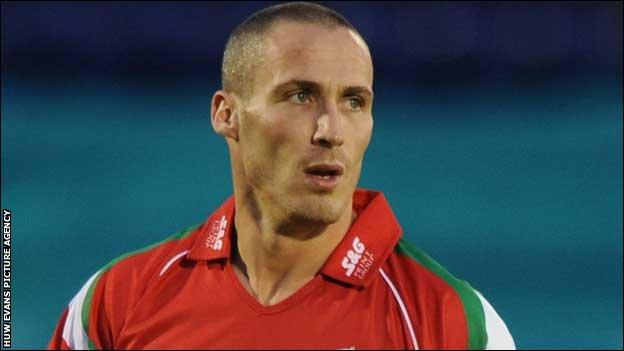 Former England fast bowler Simon Jones endured a miserable return to Hampshire as the home side won by 48 runs under the Duckworth/Lewis method.

Glamorgan made 173 for seven from their 34 overs from a rain-reduced contest with Stewart Walters top scoring with 68.

James Vince (83) and Michael Carberry (60) put together an opening stand of 142 for Hampshire and Jones conceded a costly 54 from five overs.

Vince's innings was compiled over 78 balls in which he hit 11 fours and a six but with Hampshire needing a further 23 from 10.1 overs the rain returned to end proceedings.